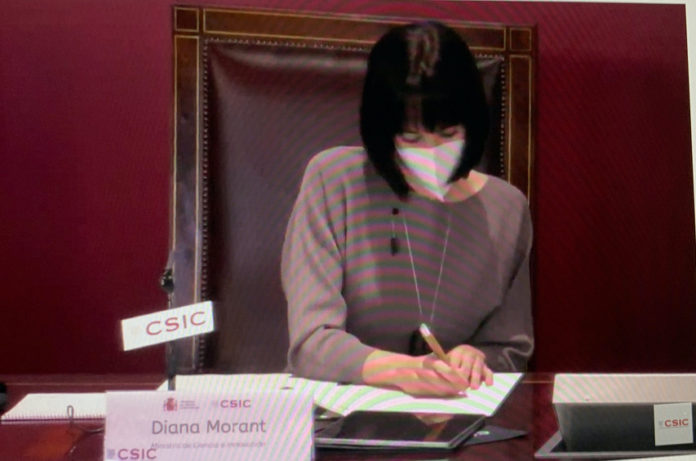 The Covid-19 Technology Access Pool (C-TAP), a World Health Organization initiative launched in May 2020 to facilitate the sharing of technology, intellectual property and know-how related to products needed to fight the Covid-19 pandemic, has signed its first licence today. The licence is for a diagnostic technology that detects anti-SARS-CoV-2 antibodies and measures adaptive immune responses that can indicate a previous or recent infection. The technology was licensed from the Spanish Research Institute (CSIC), which had originally announced its intention to do so in May 2021 at a one-year anniversary event for C-TAP. It is the first time that a diagnostic tool has been made available via a patent pool.

“Just like the virus, science knows no frontiers,” said Spain’s minister for science and technology,  Diana Morant, at the licence signing ceremony on 23 November. She said that science has the call to be universal, needing to reach all in need, not just those that can afford it.

The announcement comes just after another important commitment from Spain giving the WHO €4 million in flexible funds as well as €1 million directly to C-TAP, and underscores the importance of political leadership. It was Spain who made this happen.

In the words of WHO Executive Director Tedros Gebreyesus, who joined the signing ceremony, “Now is the time for working together in solidarity to build a future that is healthier, safer and fairer for everyone, everywhere.”

“Sharing is not something that has been overly evident in this pandemic. There’s been too much selfish behaviour,” said Charles Gore, Executive Director of the Medicines Patent Pool (MPP). “What you have done today is shown the importance of sharing and how sharing can work. You [the Spanish government and CSIC] are in fact teachers to everyone else, and I hope everyone else will follow your lesson.”

When the MPP was established in 2010 the US National Institutes of Health offered the first licence agreement to the MPP. This was a turning point for the organisation and soon companies followed. It is to be hoped that the agreement with CSIC means the same for C-TAP.

“If the project is successful (and we are sure it will be) our aim is to repeat it with other technologies in the future, and we encourage other public and private institutions to act the same way. Only by working together will the problems of Covid and other pandemics be overcome,” said Rosa Menéndez, President of the CSIC, at the 23 November event.

The MPP, an implementing partner of C-TAP, negotiated the details of the licence agreement, which has been published in full, as are all MPP licences. It has been a busy few weeks for the MPP, which also announced its first licence with Merck, Sharp and Dohme (MSD) for a Covid-19 treatment, molnupiravir, on 27 October, shortly followed by a second Covid-19 treatment licence with Pfizer on 16 November. In the wake of these treatments becoming available, the importance of diagnostics “has just increased 10-fold,” Gore noted. C-TAP is also supported by UNITAID, the founder and primary funder of the Medicines Patent Pool.

The CSIC licence meets the gold standard for voluntary licensing: it is non-exclusive, its territory is global, all necessary know-how and material transfer will be provided to licensees if needed, the licence will be royalty-free for all low- and middle-income countries (with a 15% royalty applied only in high-income countries where a patent is in force or where a licensee has used material transfer), and the term will continue until the patent is no longer in force.

C-TAP is a key “pandemic preparedness mechanism,” said Mariângela Simão, the WHO’s Assistant Director-General on Access to Medicines and Health Products. And its ultimate vision is to see pharmaceutical manufacturing capacity expand into all regions, especially low- and middle-income countries, she added. She said, the license reflects key principles in the WHO Solidarity Call to Action, a call to realise equitable access to Covid-19 countermeasures through technology and know-how sharing that was first proposed by Carlos Alvarado Quesada, President of Costa Rica.

The President said today in a press release “Costa Rica welcomes the signing of this licence and is convinced, today more than ever, that mechanisms such as C-TAP can help us overcome the current situation, while being beneficial for future health crises”.  He thanked the Spanish Government and CSIC, “for taking a step forward in solidarity and prioritizing health as a global public good.”

Next week, the WHO will hold a special session of the World Health Assembly to discuss pandemic preparedness; one action for it to consider is the negotiation of a pandemic treaty to help the world better face future pandemics. A major duty of the pandemic treaty would be to ensure financing as well as intellectual property and technology sharing is in place to build that capacity.