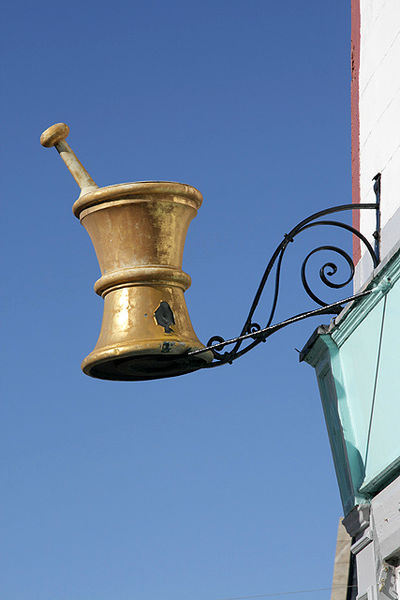 On 1 February 2019, article 53(3), second sentence of the Dutch Patent Act 1995 came into force introducing a patent exemption for the preparation of medicines in a pharmacy. Article 53(1) of the Dutch Patent Act provides the usual list of exclusive acts reserved for the patent holder: to make, use, put on the market or resell, hire out or deliver the patented product, or otherwise deal in it in or for his business, or to offer, import or stock it for any of those purposes. The law now provides an exemption for pharmacy preparation to these exclusive acts. The new provision reads:

“3. […] The exclusive right shall neither extend to the preparation for direct use for individual cases on medical prescription of medicines in pharmacies, nor to acts concerning the medicines thus prepared.”

In a letter to parliament, the minister describes the conditions under which pharmacy preparation may take place: the medicine has to be for individual patients and on prescription by a physician and not for production on a structural scale. Other European countries have similar patent exemptions for pharmacy preparation in their patent laws. The introduction of the pharmacist exemption was recommended to the government by the Council for Public Health and Society in its report Development of new medicines; Better, faster, cheaper of November 2017.

The pharmacists who are preparing low-cost medicines are popular in the Netherlands.

For example, the pharmacy of the Amsterdam University Medical Centre received €5 million from the Vrienden Lotterij (Friends Lottery). The Amsterdam Medical Centre will use the donation for the preparation of medicines, with extra attention to orphan drugs to ensure their availability and affordability. The AUMC pharmacy became known for the preparation of chenodeoxycholic acid (CDCA) for the treatment of cerebrotendinous xanthomatosis (CTX), a rare metabolic disease. Leadiant, the company that sells the product commercially, had increased the price of the product 500 fold to €153,300 per patient per year. Leadiant has a monopoly position in the market since it obtained an orphan drug status for the product in the EU. The Pharmaceutical Accountability Foundation has requested the Dutch competition authority to take action against Leadiant. In the mean time, the pharmacy preparation can offer relief for CTX patients that depend on the medicine. See here for more information about the CDCA story.

A similar development concerned the cancer drug, lutetium-octreotaat, that since 18 years is produced by hospital pharmacists in the Netherlands. After Novartis acquired the exclusive marketing rights to the product, it increased the price of one infusion from €4,000 to €23,000 bringing the total cost of one treatment to €100,000. According to the Dutch Medical Journal, Novartis has also acquired the producer of the raw materials needed to make the treatment. Novartis has said that it will continue to supply raw material for pharmacy preparation but it is not known at what price.

Pharmacy production of lower-priced medicines depends on the availability of raw materials. The Dutch competition authority, Authority for Consumers & Markets (ACM), announced last week that it will sharply monitor the developments around medicines including the production of orphan drugs by pharmacies. The ACM sent a warning signal to drug companies and suppliers of active pharmaceutical ingredients and told them not to create unjustified barriers to pharmacy production for example by restricting access to raw materials or by setting unreasonable conditions.

On 17 January, the pharmacist Paul Lebbink established a new laboratory in his pharmacy in The Hague where he plans to make lower-cost versions of expensive medicines. Health Minister Bruno Bruins embraced the initiative and opened the new laboratory by making a few capsules himself which made for great footage for the evening news.

The pharmaceutical industry lobby group Vereniging Innovatieve Geneesmiddelen was quick to condemn production of lower cost medicines by pharmacists. Despite the recent legal changes, they maintain the position  that preparation in a pharmacy of a patented medicine to lower the cost constitutes an infringement of patent law.

© Newspaper WordPress Theme by TagDiv
We use cookies to ensure that we give you the best experience on our website. If you continue to use this site we will assume that you are happy with it.Ok