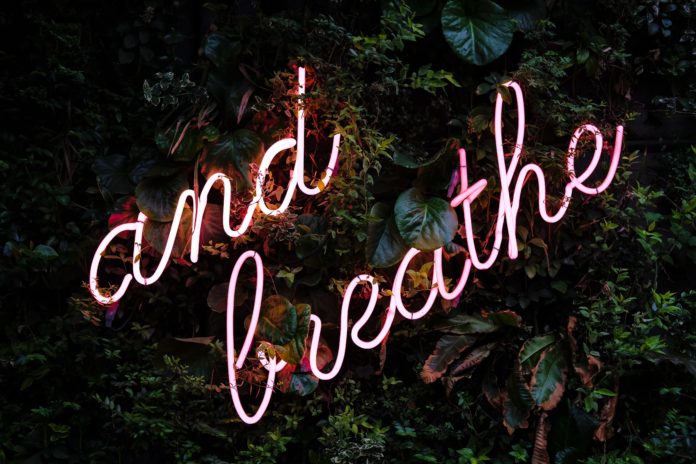 An earlier version of this comment was published by The Wire on 13 October 2020.

On 2 October, India and South Africa sent a proposal to the World Trade Organization, asking that it allow countries to suspend the protection of certain kinds of intellectual property (IP) related to the prevention, containment and treatment of Covid-19. The two countries propose this waiver to last until widespread Covid-19 vaccination is in place globally, and when the world’s population has developed immunity to the virus.

The concern is that the development of and equitable access to tools – such as vaccines and treatments – needed to fight the pandemic could be limited by patents and other IP barriers. The WTO body that makes decisions on intellectual property, the TRIPS Council, will meet 15-16 October to discuss this issue.

Covid-19 vaccines do not exist yet. There are currently 44 vaccines in clinical trials in humans. Eleven of those are in phase 3, the final phase before a request for approval for in the general population, and five are approved for early or limited use. The majority of vaccine development is taking place in high-income nations that are home to multinational pharmaceutical corporations. These corporations will be responsible for the production and distribution of the Covid-19 vaccines.

Oxfam reported that a small group of rich countries representing 13 percent of the world’s population has bought up more than half of the future supply of leading Covid-19 vaccines. This ‘vaccine nationalism’ is driving governments that can afford it to get first in line, and those with resources place purchase commitments for vaccines still under development.

AstraZeneca has the exclusive rights to one of the frontrunner vaccines, which initially was developed by Oxford University in the United Kingdom. AstraZeneca has in turn signed sublicense agreements with several producers to increase supply of the future vaccine. These producers including the Serum Institute of India, one of the world’s largest vaccine producers, and Fiocruz in Brazil, as well as several producers in high-income countries.

AstraZeneca has publicly promised to supply these vaccines at ‘non-profit’ prices while the pandemic lasts. But last week, the Financial Times reported that the agreement between AstraZeneca and the Brazilian Fiocruz Foundation for the production of a Covid-19 vaccine contains a clause that allows AstraZeneca to start asking a for-profit price as early as July 2021. The lack of transparency of licence agreements for Covid-19 products is a real problem. The fact that one cannot scrutinise the terms and conditions under which companies in developing countries can operate makes it impossible, for example, to assess where or under what pricing model the companies are allowed to sell their products.

Researchers are also developing new therapeutics. Once approved, these medicines are needed to treat people who develop Covid-19 disease. Currently, one of the few medications for Covid-19 is Gilead’s remdesivir, developed initially for the treatment of Ebola. Remdesivir received emergency use approval for the treatment of Covid-19 from the US Food and Drug Administration and the European Medicines Agency. However, the company sold its entire production to the US government, leaving other countries scrambling to get their orders filled. An exception is Bangladesh, where the absence of remdesivir patents made generic manufacturing and supply for the public health service possible. Gilead has also licensed its remdesivir patents to generic manufacturers in India, Pakistan and Egypt for supply in 127 countries. Outside of these territories, where often patents are valid until 2035, countries are struggling with shortages. For example, the shortage of remdesivir is making headlines today in the Netherlands.

With these examples in mind, it should not come as a surprise that developing countries are seeking ways to decrease the dependency on medicine and vaccine production from wealthy countries. And less dependency will require dealing with the intellectual property that creates the stranglehold over these new and potential products.

The waiver proposal that will be discussed this week in the TRIPS Council aims to do just that by lifting the barriers posed by patents and other forms of intellectual property to local production and distribution of generic and biosimilar products.

The proposal is reminiscent of the discussion in the TRIPS Council at the height of the HIV crisis when Zimbabwe told the WTO membership, on behalf of the African countries, that the organisation could no longer ignore the access to medicines issue, “an issue that was being actively debated outside the WTO not within it”.

The discussions in the TRIPS Council that followed led to the adoption of the Doha Declaration on TRIPS and Public Health in November 2001, which gave the flexibilities contained in the TRIPS Agreement a boost. As a result, countries felt encouraged to use measures such as compulsory licensing of medicines patents to procure or produce generic antiretroviral drugs needed for the treatment of people living with HIV.

In 2001, the African countries’ proposal to address the IP issues of the access to HIV medicines crisis was at first rejected by rich countries who claimed that such discussions would jeopardise strong patent protection needed to encourage innovation. In the current Covid-19 dominated world, those same counter-arguments will be on offer. Yet, several things are different.

First of all, governments the globe over are carrying the financial risk of developing new health technologies and in particular vaccines by pouring billions of public monies into research and development. The EU tracker of pledged resources for access to tests, treatments and vaccines today stands at 16 billion Euro. Therefore, the often-heard argument that monopoly rights are needed to allow the inventor to recoup his or her investment does not seem to apply.

Second, compared to HIV medicines, the vaccines and biologic medicines being developed for Covid-19 are complex products and more difficult to replicate than small molecules if technology transfer does not take place. The scale-up of vaccines and other biologics require more than the transfer of patents alone. It involves the transfer of technology, data, know-how and cell-lines.

That is why, on 1 June, the World Health Organization announced the establishment of the COVID-19 Technology Access Pool (C-TAP). C-TAP is set up to gather patents and all other forms of intellectual property such as know-how, data, trade secrets, software and to assist in technology transfer necessary to expand the development and production of new technologies needed in the response to the pandemic. C-TAP is a voluntary mechanism and those who own the rights and knowledge cannot be forced to collaborate. But as we have seen with the Medicines Patent Pool (MPP), they can be persuaded. Today, all intellectual property of WHO-recommended treatments for HIV are licensed to the MPP.

The success of C-TAP will depend on the political support it will receive. So far, 40 countries have endorsed the initiative. But persuasion will need to come from governments and institutions that spend public resources on the development of new drugs and vaccines by demanding from their recipients that they share the IP and know-how they create with the funds with the WHO C-TAP.

Unfortunately, despite the lofty promises of the vaccine as a global public good, wealthy nations are not making such demands. It is therefore understandable that developing countries are also looking at non-voluntary measures such as the proposal for a temporary waiver from certain provisions of the TRIPS Agreement for the prevention, containment and treatment of Covid-19. No doubt this will be met with opposition from wealthy countries and drug companies.  But those countries and companies who refuse to make the WHO C-TAP a success while telling developing countries they are not entitled to take measures to protect public health in the midst of a global health crisis are not credible.