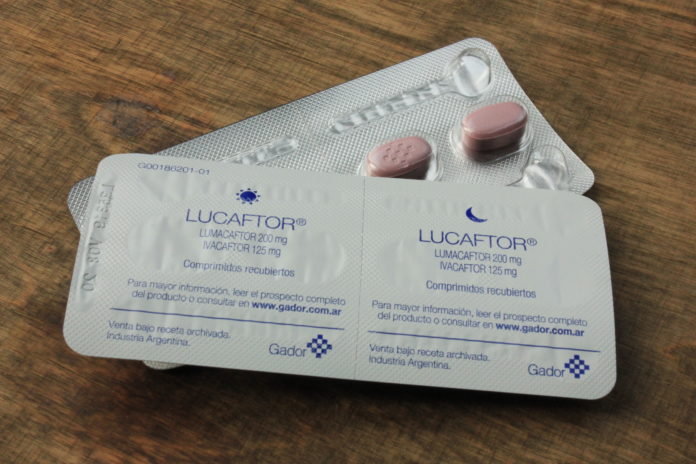 The move by a group of parents of children with cystic fibrosis (CF) to set up a buyers club to gain access to treatments is making headlines in the UK. According to the website of the brand new initiative, the club will provide information that allows people living with cystic fibrosis to access more affordable, but quality-assured, generic versions of modulator medicines including ivacaftor (Vertex brand name Kalydeco) and ivacaftor-lumacaftor (Vertex brand name Orkambi). UK law allows the importation of medicines that are not registered in the UK as long as it is for personal use, including generic versions of medicines that are patented in the UK. However, people from anywhere in the world interested in buying the products can register their intent on the site.

The company Vertex that holds the EU marketing rights for the product has been in a deadlock with health authorities over the pricing of the treatment since 2016. The list price in the UK for Orkambi is £104,000 per patient per year. The National Health Service (NHS) England has offered a £500 million payment for a five-year period for Vertex’s cystic fibrosis medicines. There are an estimated 10,000 CF patients in the UK, of which an estimated over 4000 in England could benefit from treatment with Orkambi. But the company rejected the offer and as a result, the product is not available in the NHS. Aside from a limited compassionate use programme, patients do not have access to the treatment unless they pay Vertex’s price out of pocket. Some have done so at great expense to their families: £8000 every 28 days.

With the assistance of the buyers club, patients will be able to purchase generic medicines from a producer in Argentina where apparently patents have not been granted. The price of the Argentinian product will be around £20,000 per patient per year. While this is significantly less than the list price of £104,000 in the UK, it is still likely to be unaffordable for most individual patients and their families. Some families have started fundraising campaigns to pay for the treatment. See, for example, here and here for examples. The price of the generic is too much for most people to afford out of the family budget, but this is not the case for the NHS.

Earlier this year the UK parliament debated the issuing of a compulsory licence by the government, called ‘Crown use’, for lumacaftor/ivacaftor following a request to the government by parents of young children with CF and treatment campaigners. Such a move would suspend the market monopoly of Vertex and allow procurement of lower cost generic CF treatments. (See here for an earlier report about this.) At the time of the parliamentary debate, junior health minister Steve Brine said that taking the Crown use route would take many years before the drug was available and that it would be very expensive as there are no realistic alternatives at this to time to produce the products.

We now know that not to be true. The UK government can move ahead with the Crown use licence, and purchase from generic suppliers identified by the buyers club and provide all CF patients in need. The Buyers Club provides information on its website about the steps that are taken to ensure that the generic product meets quality standards.

Vertex has been sharply criticised for their pricing policies, including by the researchers who developed the drugs, patients and health care providers including pharmacists who set out to prepare the medicine at lower cost themselves. Even the London-based pharmaceutical industry lobby group, Association of the British Pharmaceutical Industry (ABPI), was quick to point out that Vertex was not one of their members. The ABPI said about the NHS price offer that Vertex rejected: “we don’t know any of the commercial details, i.e. the prices, involved in this offer, [but] it is clear that the structure of the offer represents exactly the sort of flexibility industry has been calling for some time.”

The ball now is in the UK Government’s court. Parliamentary Under Secretary of State for Public Health and Primary care, Seema Kennedy, understands this and told parliament on 10 June, that in light of ongoing failure of Vertex to offer a fair price the government has a “moral obligation” to explore all options including Crown use and a large scale clinical trial to get access to a generic.

[Updated 11 June to correct the number of CF patients and on 12 June to add a link to information about quality assurance of generic medicines.]