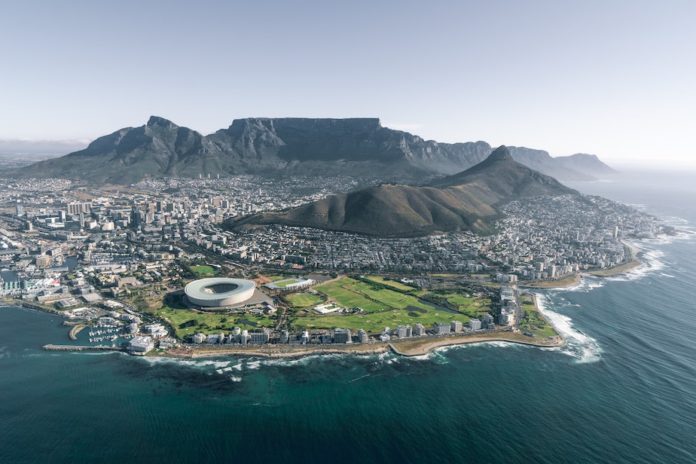 Recent reporting from the British Medical Journal (BMJ) has revealed efforts by BioNTech – the technology firm behind Pfizer’s projected $100 billion in Covid-19 vaccine sales this year – to interfere with a planned mRNA vaccine technology transfer hub in South Africa. Currently, Africa only produces 1% of all the vaccines (for Covid and other diseases) it needs, and must import the rest; the hub is intended to scale that capacity to 60% by 2040. The BMJ obtained documents from the kENUP Foundation, hired by BioNTech, recommending mRNA hub efforts should be “terminated immediately”, on the claim that it will infringe on patents. The Medicines Patent Pool, a UN-backed public health body that is “responsible for intellectual property and licensing elements of the hub”, said statements that the mRNA hub intends to infringe patents are “unfounded rumours.”

The mRNA hub in South Africa plans to make copies of the Moderna vaccine, one of two leading mRNA vaccines (the other being Pfizer/BioNTech). An oft-cited rationale for manufacturing vaccines in high-income countries is a lack of capacity in low- and middle-income countries; BMJ’s reporting demonstrates that efforts to undermine mRNA tech transfer hub by pharmaceuticacal companies are a threat to vaccine manufacturing efforts, as does their refusal to share manufacturing know-how.

LMICs have the capacity; they just need the technology

An analysis from Médecins Sans Frontiers (MSF) and AccessIBSA published in December found that the mRNA technology in particular lends itself to technology transfer. Other vaccine technologies often relied on attenuated (weakened) viruses, whereas mRNA vaccines rely on a lab-created mRNA to train the immune system’s response. Not needing biological materials makes the manufacturing process more straightforward.

“We’ve been given to understand that the singular thing about mRNA vaccines is that they work better than other vaccines… But the real breakthrough with mRNA – and this has been buried, to good effect – is that they are far, far, easier to make,” said Achal Prabhala, one of the analysis’ authors, in an interview.

The authors of the study identified 120 manufacturers with the technical requirements and quality standards to begin manufacturing mRNA vaccines across Asia, Africa and Latin America. “If a company in Spain such as Rovi… with no experience making either biologic drugs or vaccines, can make Moderna’s vaccine, then there is no reason why a company with a similar profile based in Morocco, South Africa, Brazil, India or Bangladesh, cannot do the same – should it receive a full technology transfer from Moderna, as Rovi did,” the analysis notes.

The 120 companies were identified using the European Medicines Agency’s database of companies that have passed quality standards to import pharmaceutical products to the European Union; the World Health Organization’s Pre-Qualification programme, which determines which companies the WHO deems suitable to use for procurement; and the US Food and Drug Administration’s approval for export to the United States.

Technology transfer is important to bridge the vaccine manufacturing gap: “more than 80% of the world’s vaccines have gone to G20 countries; low-income countries, most of them in Africa, have received just 0.6% of all vaccines,” said the WHO’s Director-General Tedros Adhanom Ghebreyesus to the special session of the World Health Assembly in November. “Vaccine equity is not charity; it’s in every country’s best interest. No country can vaccinate its way out of the pandemic alone,” he added. Initiatives set up to ensure vaccines were shared with the low-income countries have failed to deliver on their promises, leaving much of the world vulnerable and creating the conditions that can lead to new variants.

Knowledge Ecology International has a database listing 177 (as of this writing) manufacturing agreements over Covid-19 vaccines globally, including the time between the agreement and the start of production. In general this ranges between 2-8 months, demonstrating that new facilities could be brought online quickly to fill the gap of missing vaccine doses in low- and middle-income countries.

Human Rights Watch and other public health groups have jumped on this information, calling on the US and German governments to pressure pharmaceutical companies to transfer their mRNA technology. Both the Pfizer/BioNTech and Moderna mRNA vaccines were developed with significant public support from the German and US governments, respectively. Moderna has faced challenges from the US government for its assertion that it should not have to name several scientists from National Institute of Allergy and Infectious Diseases (NIAID) as co-inventors in their patent applications, despite the contributions of NIAID to its spike protein technology.

France’s president Macron recently said he hoped EU leaders would agree to take steps to remove any intellectual property barriers to the expansion of vaccine manufacturing capacity, but details of how this should be achieved are lacking. To-date, the EU has resisted calls at the World Trade Organization for a waiver on IP related to Covid-19 countermeasures.

In May 2020, foreseeing the need for a rapid scale-up of any Covid countermeasures the moment they received regulatory approval, the World Health Organization set up the Covid-19 Technology Access Pool (C-TAP). It took more than 18 months for the first technology to be licensed to it, from a public research institution in Spain. Pharmaceutical companies have to-date not been keen to share their vaccine technology with C-TAP nor, as evidenced from the BMJ report, some actively engage in undermining the tech transfer initiatives.

In a press briefing on Friday 11 February, WHO DG Ghebreyesus praised the progress of the mRNA hub and said “Our expectation is that the acute phase of this pandemic will end on one condition: that we reach 70% vaccination by mid this year.” The South African hub, he added, is a “strong investment” that will help the world get there.