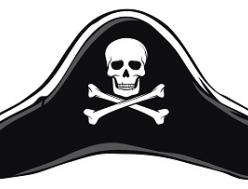 It seems the Dutch health care system and health care professionals are fed up with the abuse of the orphan medicines regulation, which is meant to promote the development of medicines for rare diseases. Some companies have instead registered already known products with the European Medicines Agency, claiming them as their own to exploit market exclusivities associated with the registration. This time the focus is on mexiletine, for which the company Lupin Europe GmbH in 2018 obtained an orphan drug registration. But the Health Care Institute has now told the minister not to pay for it, reports the Dutch Medical Journal.

Since the 1970s, mexiletine has been used for the prevention of ventricular tachycardia and ventricular fibrillation (arrhythmia of the heart). It has been used off label for non-dystrophic myotonia, a rare muscle disease, for about a decade.

In 2018, Lupin, which had obtained the rights to the products through a product portfolio acquisition in 2015, registered mexiletine with the European Medicines Agency under the brand name Namuscla for the treatment of non-dystrophic myotonia. This move caused concern among cardiologists and patients because, in the UK, Lupin increased the price of the product 420 fold. (For a more detailed write-up, see this article in the European Heart Journal.)

A company that secures an orphan drug designation from the European Commission obtains the right to a 10-year market exclusivity in the European Union. An orphan drug is meant to treat a disease that affects 5 or less per 10.000 people in the European Union. This market monopoly is granted even in cases when the company’s contribution to the development of the product has been limited. (For details on the European Medicinal Product Regulation, see here.)  This is why companies that abuse the orphan drug regulation to obtain market monopolies solely to exploit them to demand high prices are called ‘medicines pirates’.

In the Netherlands, the original mexiletine was marketed by Boehringer Ingelheim (BI) and cost € 0,23 per capsule in 2000. After BI took the product off the market in 2008, cardiology and non-dystrophic myotonia patients continued to have access to the treatment thanks to the importation of mexiletine from Canada, which was priced at € 2,85 per capsule. But, the appearance of Lupin’s Namuscla’s on the Dutch market would make it no longer possible to import the generic product from Canada which is not registered in the EU. In that case, pharmacy preparation of mexiletine would remain the only alternative. See also here. Lupin’s price per capsule is € 23,39, which is 100 times the price of BI.

On 29 March, the Dutch Medical Journal reported that, therefore, the Dutch Health Care Institute, which advises the minister of health on reimbursement of medicines, recommended against inclusion of Namuscla in the basic care package. With this move, the much cheaper generic version of the treatment will remain available. The Medical Journal signalled its approval with an accompanying illustration of a pirate hat.

Wilbert Bannenberg, chair of the Pharmaceutical Accountability Foundation, welcomes the advice against reimbursement of the overpriced Namuscla by the Health Care Institute. “It sends a clear signal. The ball is now in the court of the minister. After all, closing the legal loopholes in the European Orphan Drug rules that allow this abuse by pharma is a political responsibility.” Two years ago, then Minister of Health, Bruno Bruins, proposed to cut down the orphan market exclusivity from 10 to five years.