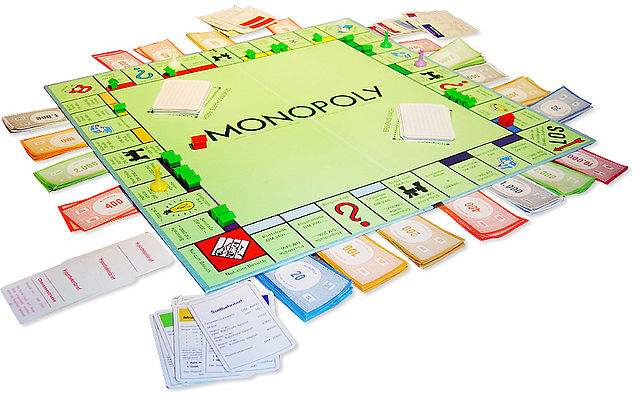 A new front has opened in the war against Abbvie’s efforts to sustain and secure its Humira market monopoly. This time in The Netherlands where investigative journalist Lucien Hordijk has unearthed AbbVie’s tactics aimed at keeping lower-cost versions of Humira off the market. His article [in Dutch] appeared on 27 March 2019 in the Dutch weekly De Groene Amsterdammer.

Humira is the brand name of the biologic medicine adalimumab and was first approved for the treatment of rheumatoid arthritis in the US in 2002 and in the EU in 2003. With close to 20 billion US$ in sales in 2018 Humira is the world’s best-selling drug. It accounts for 70% of AbbVie’s total turnover. It is therefore no surprise that the company fiercely protects its market monopoly. AbbVie built a web of patents and other exclusivities around the product to keep competitors at bay. I-Mak, a US-based legal research group documented that in the US alone Humira is subject to 247 patent applications of which 132 were granted. 89% of those patents were filed after the company had obtained marketing approval for the product. The company also obtained orphan drug designation for certain specific indications for Humira which adds a different kind of market exclusivity granted through the medicines regulatory system.

Statnews reported that in the US, a trade union and other drug companies are suing AbbVie for using patent dispute settlement agreements to obstruct competition in the market. The German pharmaceutical company, Boehringer Ingelheim, which obtained FDA marketing approval for its version of adalimumab in 2017, is fighting a legal challenge by AbbVie’s alleging infringement on dozens of Humira patents. AbbVie’s ring of patents in the US is expected to keep competitors off the market until 2023.

Apparently, AbbVie’s aggressive approach to protecting its monopoly is not confined to the US.

De Groene Amsterdammer reports that the company is now trying to push competitors out of the Dutch market. Key Humira patents expired in Europe in 2017, but Abbvie obtained Supplementary Protection Certificates (SPCs) which provided protection until 16 October 2018. When the SPCs expired the door opened to biosimilar versions of the medicine. Biosimilars are akin to generics, but for biologic medicines. The European Medicines Agency (EMA) had approved several biosimilar versions of adalimumab and hospitals were preparing to place orders with new suppliers who offered the copy product at 20% of the AbbVie price. According to the article AbbVie pulled out all the stops to prevent competitors from getting a foothold in the market and started a price war. It offered up to 89% discount which also revealed to the Dutch health care system how much it had been overpaying for product. In the Netherlands, Humira is only reimbursed in the hospital system. Those hospitals are responsible for the purchase of the medicines. To be able to achieve the lowest prices they bundle their buying power. The Santeon group is an alliance of seven large hospitals treating about 10 percent of the Humira patients in the country. The group had identified the biosimilar of Amgen as the most attractively priced. At that point AbbVie started to approach the hospitals individually, outbidding Amgen with an 85% price reduction. The Santon group, however, kept its ranks closed and sent the AbbVie salesmen walking but other hospital alliances fell apart.

A key feature of AbbVie’s tactic is the refusal of a price discount unless the hospital buys the branded product for all the patients. The hospitals who wanted to keep a small stock of AbbVie’s Humira for patients who, for some reason, could not be switched to the biosimilar medicine, were told that the AbbVie price discount was not available. They had to pay the full price unless they agreed to keep all patients on the AbbVie’s product. This strategy was clearly designed to obstruct competitors from gaining a foothold in the market and the strategy was successful: two biosimilar producers has obtained around 15% of the market, two others each provide one hospital. The rest of the market remains in AbbVie’s hands.

“Humiragate shows that AbbVie is doing whatever it takes to evergreen their blockbuster drug”, says journalist Lucien Hordijk. “In the Netherlands, the company pushed competitors out of the market, it sabotaged hospital tenders by rigging bids and played hospitals off against one other. With success: at least 70 percent of the patients will continue to use the originator product”.

Wilbert Bannenberg, chair of the Pharmaceutical Accountability Foundation said the foundation is consulting with its legal team about legal action against AbbVie for acting in violation of basic rights.

In June 2018 the Dutch competition authority, Authority for Consumers and Market (ACM), announced the start of an investigation into the market of TNF- alpha inhibitors, the class of drugs Humira belongs to. This investigation is ongoing but the media report released today begs the question why is it taking so long to take measures against companies that abuse their market position?

Ellen ‘t Hoen is a member of the advisory board of the Pharmaceutical Accountability Foundation.