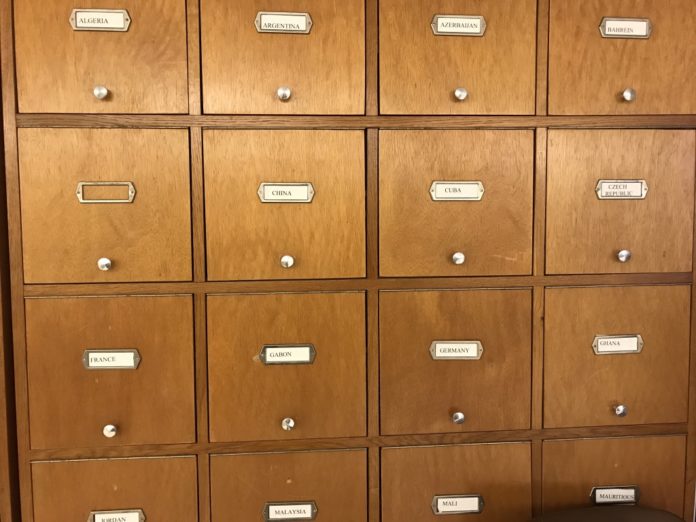 Medicines Law & Policy has published an on-line database of instances of the use of TRIPS flexibilities in public health contexts, titled the TRIPS Flexibilities Database. The publication of the TRIPS Flexibilities Database merits sharing a bit of its history because it has been a work in progress for some time. The database includes cases of actual use of TRIPS flexibilities and instances in which countries planned or threatened to use them. The collection of such cases started ten years ago as part of a research project to document and examine the uptake of the flexibilities contained in the TRIPS Agreement in medicines procurement. Those flexibilities had received a boost from the adoption of the WTO Doha Declaration on TRIPS and Public Health in 2001 which clarified:

That the TRIPS Agreement does not and should not prevent members from taking measures to protect public health. Accordingly, while reiterating our commitment to the TRIPS Agreement, we affirm that the Agreement can and should be interpreted and implemented in a manner supportive of WTO members’ right to protect public health and, in particular, to promote access to medicines for all.

the right of WTO members to use, to the full, the provisions in the TRIPS Agreement, which provide flexibility for this purpose.

A year later in 2002, the then newly established Global Fund for AIDS, TB and Malaria asked countries that received funding for the procurement of HIV medicines “to attain and to use the lowest price of products through competitive purchasing from qualified manufacturers.” The Fund specifically encouraged “recipients in countries that are WTO Members to use the provisions of the TRIPS Agreement and interpreted in the Doha Declaration, including the flexibilities therein, to ensure the lowest possible price for products of assured quality.” See also here.

Battling HIV/AIDS A Decision Maker’s Guide to the Procurement of Medicines and Related Supplies, a technical guide for procurement of medicines published by the World Bank in 2004 contained detailed instructions on how to overcome potential intellectual property barriers to the purchase of generic antiretroviral medicines. On procuring alternatives to expensive patented products by developing countries, it said the following:

In November 2001, an important decision in favor of least developed countries was made by the World Trade Organization (WTO), which oversees the way patents are used in trade. It was decided that at least until January 1, 2016, [note: this was later extended to 2033; see here for details] least developed countries could elect not to “enforce” patents or data protection rules that might affect the procurement of medicines. In least developed countries, originator companies may not have applied for, or they may choose not to enforce, patents for ARVs and other HIV/AIDS–related medicines and supplies. Nevertheless, in situations in which patents are present and in which they might interfere with the procurement of generic medicines, the government can make a decision not to enforce patents or data protection rules. Such a decision would comply with the rules set up by the WTO. In circumstances where the government decides not to enforce patents or data protection rules, it should adopt a decision to this effect since generic suppliers may be reluctant to make products available if there is risk that they will be subject to liability.

The World Health Organization prequalified the first generic fixed-dose combination (three-in-one pill) of three antiretroviral medicines (ARVs) in 2003, a ground-breaking move which brought an important innovation to resource-poor countries. The three-in-one ARVs then produced only by generic companies offered the potential of significant savings and ease of use. But in many countries, patents still formed barriers to its importation and use.

The global health donors’ embrace of TRIPS flexibilities was driven by the need to make limited financial resources stretch as far as possible in the face of the global HIV epidemic and its important access to medicines challenges. But it remained unclear to what extent countries took up this advice when ordering medicines.  Examination of procurement documents held by agencies such as UNICEF and IDA, made possible thanks to a research fellowship at the University of Amsterdam, revealed that countries regularly authorised generic procurement invoking a TRIPS/Doha flexibility. Specifically, government use/compulsory licensing and the options for LDCs not to enforce medicine patents were used to purchase lower-priced generic antiretrovirals.

The first report of these finding documenting 72 cases was published in The Global Politics of Pharmaceutical Monopoly Power in 2009. From that date on, tracking of instances of the use of TRIPS flexibilities continued. A second overview was published in 2016 in Private Patents and Public Health, documenting 117 cases. In 2018,  the third overview was published in the Bulletin of the World Health Organization. By then the database had grown to a set of 178 instances and included cases from low, middle and high-income countries. Today it is apparent that the call for the use of TRIPS flexibilities can also be heard in high-income countries in response to soaring medicines pricing and health authorities’ growing problem of assuring access to medicines.

The database refers to “instances” [of the use of TRIPS flexibilities] on purpose to be able to capture the plans to make use of a compulsory licence, as well as the actual granting of such a licence. The reason is that the threat of a compulsory licence hardly ever goes without effect. Of the 20 compulsory licences that were announced but not executed, 12 cases resulted in price discounts, a donation or a voluntary licence. All of these measures that can help increase access to medicines.

The database only includes instances of compulsory licensing/government use, the use of LDC transition measures, exhaustion (only one) and patent exceptions used in procurement. The flexibility of TRIPS is of course much more extensive than that. For example, countries can determine patentability criteria that prevent evergreening of medicines patents. An example of that is Section 3(d) of the Indian Patents Act. This section coupled with patent oppositions has proven effective in certain cases in preventing evergreening of patents. See for example here and here.

We plan to keep the database updated and to maintain it as a public resource. We, therefore, hope that readers will review and use the material and contact us with any missing cases or new cases.