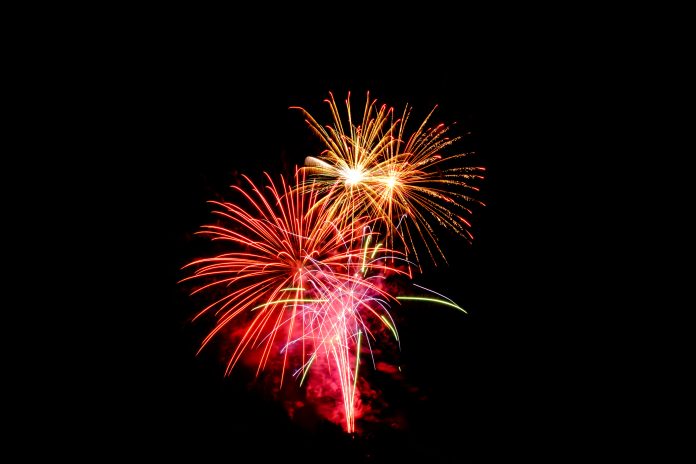 2017 was a significant year for access to medicines and other medicines policy related events. Here are a few highlights of the last 12 months.

January 2017 kicked off with the publication of the report by the Lancet Commission on Essential Medicines Policies in The Lancet.  The commission reported that providing access to a basic package of 201 essential medicines (378 dosage forms) in all low and middle-income countries cost between US$ 77.4 and US$ 151.9 billion (or US$ 13 to US$ 25 per capita). The large majority of low-income countries and 13 out 47 middle-income countries, spent less than US$ 13 per capita on pharmaceuticals, indicating the need for careful selection and increased spending. To put these figures in context: the 2017 world pharmaceutical market was valued at around US$ 1.2 trillion. The Lancet Commission also recommended the use of delinkage-based models to finance the development of new affordable essential medicines.

On 30 January, the World Trade Organization (WTO) announced the first-ever amendment to the TRIPS Agreement making the so-called “Doha Paragraph 6 solution” in place since 2003, permanent. In fact, it was the first-ever amendment to any of the WTO rulebooks and it was made for public health reasons. The amendment, article 31 bis, is meant to lift the restrictions of TRIPS article 31 (f) that limit compulsory licensing to be predominantly for the supply of the domestic market. In other words, producing medicines mostly for export using a compulsory licence was not TRIPS compliant. As a result, countries that relied on importation to give effect to a compulsory licence were at a disadvantage compared to those with production capacity. The new TRIPS 31 bis makes compulsory licences predominantly for export possible.  Read more here.

February – Harvard and MIT scientists won a patent dispute over a game-changing gene editing technology known as CRISPR-Cas9. There is widespread concern that the lack of open licensing of the CRISPR technology will limit its potential. Knowledge Ecology International announced it would ask the US government to develop a policy to “ensure that the licensing of [the CRISPR] patents is as open and non-discriminatory as possible”. See here for an update.

March – An investor-state dispute settlement (ISDS) panel rejected Eli-Lilly’s claim against Canada over the invalidation of new-use patents on its medicines olanzapine and atomoxetine by Canadian courts. Eli Lilly had exhausted legal options in Canadian courts to challenge the invalidation of the patents and invoked an ISDS procedure under the North American Free Trade Agreement (NAFTA). This move confirmed the concern of many in the public health community that ISDS will be used by companies to obtain concessions expanding monopolies where national patent offices do not find them merited. In this case it did not work.

April – The Swiss organisation Public Eye revealed aggressive lobbying by Novartis to prevent a compulsory licence for the cancer medicine imatinib in Colombia (sold by Novartis under the brand name Gleevec). Novartis had threatened Colombia with international investment arbitration, an ISDS available to them under the Swiss-Colombian bilateral investment treaty (BIT). Colombia had planned to issue a compulsory licence to lower the price of imatinib which sold for US$ 20,000 while the GNI per capita was US$ 7,780. To-date Colombia’s plans remain suspended.

May – A month later, Indian drug companies came to the rescue of Swiss patients with hepatitis C when a health insurance company decided to reimburse lower priced hepatitis C medicines purchased by individual patients abroad with the help of a buyers clubs for CHF 1500. The same treatment purchased from the originator would otherwise cost CHF 60,000 for a 12-week course.

May was also the month of the Fair Pricing Forum, a high profile event organised by the Netherlands together with the WHO to discuss options for a fairer medicines pricing system. The report of the meeting is accessible here.

June – The WHO updated the Essential Medicines List with new advice on the use of antibiotics and added medicines for hepatitis C, HIV, tuberculosis and cancer.

In June the government of Colombia restricted the measures it can take to tackle high drug prices and made the process for issuance of a compulsory license more complex. Colombia announced plans for taking action to lower the price of the cancer drug imatinib (Gleevec/Glivec) in June 2016. The country is also seeking to lower the price of medicines to treat hepatitis C. See here for the most recent response from the pharmaceutical industry to Colombia’s plans.

Also in June, the OECD held consultations with stakeholders in anticipation of their report on Sustainable Access to Innovative Therapies. A preview of the report presented by OECD staff promised a thorough analysis of the problem with policy recommendations to tackle high medicines pricing and align innovation with health needs in OECD countries. A draft report is currently with the member states but is not available yet to the public. Something to watch out for in the New Year.

In June the Journal of Pharmaceutical Policy and Practice published our article “Data exclusivity exceptions and compulsory licensing to promote generic medicines in the European Union: A proposal for greater coherence in European pharmaceutical legislation”.

July – WHO prequalified the first generic version of sofosbuvir for the treatment of hepatitis C, further opening the door to large-scale treatment in countries that can access the generic treatment.

August – Novartis announced that it will charge US$ 475,000 (458,000 CHF) a patient for its new cancer therapy Kymriah (chimeric antigen receptor therapy or Car-T) for leukemia.  The case gave some insight as to what  ‘value based pricing’ by the industry means when a Novartis spokesperson quoted by Swissinfo said: “We carefully considered the appropriate price and looked at many factors, including the medical and clinical value.” In August, Kymriah became the most expensive medicine on the market.

September – A conglomerate of actors including the governments of South Africa and Kenya, together with UNAIDS, the Clinton Health Access Initiative, the Bill & Melinda Gates Foundation, Unitaid, the UK’s Department for International Development, PEPFAR, USAID, and the Global Fund, with Mylan Laboratories Limited and Aurobindo Pharma, announced the results of price negotiations with generic manufacturers that will price a dolutegravir containing treatment for HIV at US$ 75 per person per year. A promising result, but it remains odd that the announcement failed to mention that this achievement was possible only because the Medicines Patent Pool had successfully negotiated patent licences for the products involved.

Also in September, Malaysia issued a compulsory licence to access lower-priced generic sofosbuvir after negotiations with Gilead failed to deliver good results. In response, Gilead added Malaysia to the geographical scope of its voluntary licence with a group of Indian companies, but this move came too late and did not include the company Malaysia is planning to buy from.

October started with the Prix Prescrire 2017 book award for “Private Patents and Public Health”. The book can be ordered here.

Also in October, I-Mak challenged Gilead sofosbuvir patents in the US.

November – At the Global Hepatitis Summit in Sao Paulo, Brazil, the Egyptian company Pharco offered treatment of hepatitis C for US$ 120 for a 12-week course, bringing universal access to hep C treatment closer to reality. MSF was one of the first to secure a lower price for generic hepatitis C medication.

Also in November, the EU Member States decided that the EMA would move to Amsterdam, the Netherlands where it will open its doors in March 2019 at the latest. November was also the month in which the Trans Pacific Partnership (TPP) suspended its controversial provisions on intellectual property and renamed itself Comprehensive and Progressive Agreement for Trans-Pacific Partnership (CPTPP).

December – The Medicines Patent Pool expanded its patent and licensing database Medspal to include essential medicines for cancer. The Union for Affordable Cancer Treatment welcomed the move but remarked: “a more inclusive patent database is great, but what we really want is more licensing.” This is a reasonable demand, after all in April 2016 the then GSK CEO Andrew Witty committed to licensing the company’s oncology portfolio to the Medicines Patent Pool.

December 2017 also marked the month in which the price of a single treatment may have broken the US$ 1 million price mark. It concerns a gene therapy, sold by Spark under the brand name Luxturna, for an inherited form of vision loss approved by the US Food and Drug Administration. Public Citizen called the expected US$ 1 million an outrage and called on the government to intervene and on Spark, that has benefitted from tax payers contributions to disclose its R&D expenditures.