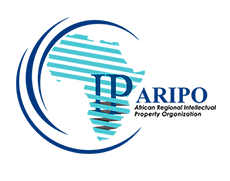 Uganda has notified the African Regional Intellectual Property Organisation (ARIPO) that pharmaceutical inventions are not eligible for patentability in the country, Managing IP reported.

With this notification, Uganda is exercising one of the TRIPS flexibilities specific for least developed country members of the World Trade Organization that allows them not to grant or enforce pharmaceutical patents and protection of undisclosed data.

ARIPO, the regional office that was established in 1982 with the adoption of the Harare Protocol, grants patents on behalf of the 19 participating countries in the region. Patent applicants designate the countries in which they wish to obtain a patent right.

The origin of this TRIPS flexibility can be traced back to the 2001 Doha Declaration on TRIPS and Public Health which granted LDCs an extended transition period for the granting of pharmaceutical patents and data protection. Paragraph 7 of the Declaration states “…We also agree that the least-developed country members will not be obliged, with respect to pharmaceutical products, to implement or apply Sections 5 and 7 of Part II of the TRIPS Agreement or to enforce rights provided for under these Sections until 1 January 2016, without prejudice to the right of least-developed country members to seek other extensions of the transition periods as provided for in Article 66.1 of the TRIPS Agreement…”

In 2015, this transition period specific to pharmaceuticals was extended until 2033. We wrote here about why the extension of this flexibility was important.

ARIPO has 19 Members, of which 13 are least developed countries (and of which 10 are members of the WTO). Only six of the ARIPO members are developing countries (Botswana, Ghana, Kenya, Namibia, Swaziland and Zimbabwe) and thus required to implement the TRIPS Agreement. The remaining members fall within the LDC category. Of the LDCs, several are not members of the WTO (Liberia, Sao Tome and Príncipe, Somalia and Sudan). Non-WTO members do not need to implement any aspect of the TRIPS Agreement. See this South Centre briefing paper for further details.

It is important to add that, in addition to the transition that is specific to pharmaceutical  inventions, LDC WTO members are in fact exempted from TRIPS implementation (with the exception of Articles 3, 4 and 5 of the Agreement), for as long as the LDC transition period remains in force. This transition period was last extended in 2013 to 1 July 2021. For details see here.

Previously, Cambodia, also an LDC, has explicitly excluded pharmaceutical inventions from patentability. IP Kat Blog reported earlier this year that some LDCs such as Malawi, Zambia and Zimbabwe may refuse patent applications based on the grounds that they ‘claim as an invention a substance capable of being used as food or medicine’.

Since 2001, LDCs have used this flexibility to enable production and or procure generic medicines from abroad predominantly to treat HIV/AIDS. For details, see the TRIPS Flexibilities Database.